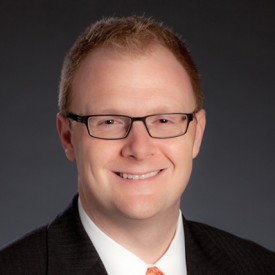 In the original case, Naylor Senior Citizens Housing, LP, et al. and John Dilks v. Sides Construction Company, Inc., et al., a partner in two limited partnerships filed a lawsuit on their behalf against several defendants alleging negligent design or construction of a building.  Because the lawsuit was filed by the partner, not by an attorney as required by law, the defendants argued for dismissal.  The trial court agreed, dismissing the claims. The court further stated that the filings were null and void, as if they never happened.

Due to discrepancies between the Court of Appeals’ decision and prior decisions in other Missouri courts regarding legal representation of corporate entities in lawsuits, Schmitt sought and won transfer of the case to the Missouri Supreme Court on behalf of one defendant.

Arguments were heard in November 2013, and on February 25, 2014, the Missouri Supreme Court released their opinion. The Court affirmed the trial court’s dismissal of the partnerships’ lawsuit,  agreeing with Schmitt's argument that a corporate entity must be represented by a licensed attorney to file a lawsuit in Missouri. The opinion clarifies and reinforces other prior decisions by Missouri appellate courts.

According to the Supreme Court, because the lawsuit was filed by a non-lawyer, the claims were subject to dismissal. Non-lawyers may represent themselves in court, but they may not represent businesses or other individuals.  The Court further clarified that allowing non-lawyers to file lawsuits on behalf of anyone or anything besides themselves would be permitting the unauthorized practice of law.

In handing down this opinion, the Supreme Court in effect has determined that limited partnerships, as created by statutes, fall into the category of a corporate entity that must be represented by counsel.